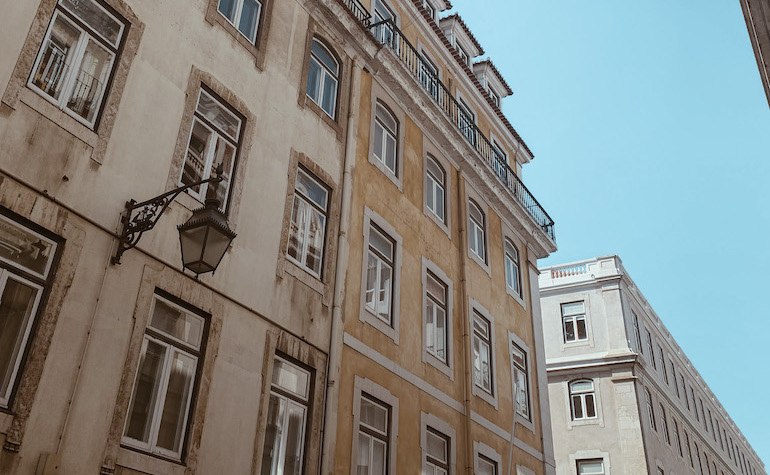 Looking for some unusual things to do in Lisbon? Like every capital city, Lisbon comes with an obligatory to do list. From its grand squares to St. George’s Castle on its highest point, Lisbon presents you with a set of glistening jewels and azulejo clad buildings. You’ll undoubtedly be dazzled.

Once a city full of secrets that only the locals knew about, Lisbon has now become one of Europe’s most-visited destinations and it sometimes seems as if each corner has already been explored. But there are still some secret sights and authentic experiences in Lisbon for the discerning traveler. In a country famous for exploring, it’s sometimes better to keep looking. Especially if you’re up for a little adventure.

Lisbon’s true beauty lies in its laid back artistic ensemble more than any specific sites. Among other things, Lisbon boasts 30+ miradouros with dramatic sweeping views. The most popular miradouros can be over-touristed. Instead, head to Graça, a funky neighborhood adjacent to Alfama. It’s off the usual tourist track and has an authentic local flavor.

The 18th century Quinta dos Azulejos Garden is a true secret. It’s so hidden that no one’s there. And the best part: it’s not in any guide books. The garden is an oasis of peace and tranquility, with the heady scent of jasmine wafting romantically in the air as an added bonus.

Quinta dos Azulejos was built for António Colaço Torres. The garden was designed in the Moorish tradition. It’s therefore inward looking with a central courtyard. In the golden age of azulejos, the tiling at Quinta took on three dimensions. It engulfed pillars, columns, arches, benches, and other architectural surfaces. The tiles are transformed into actual architecture. They depict elaborate scenes of chivalry, hunting, and religion.

The garden is owned by a small college, Colegio Manuel Bernardes. You can visit free of charge. But you need permission to enter. Visit the main entrance gate of the school during normal hours and ask for a visitor’s pass.

Palace of the Marquesses of Fronteira

Located just outside Lisbon’s historic center, and far from the crowd, lies the gorgeous 17th century Fronteira Palace. It was built in 1640 as a swishy summer pad for a nobleman, D. Jaoa Mascarenhas, the 1st Marquis of Fronteira. And the current marquis still lives there.

The palace’s Room of Battles is sometimes described as “the Sistine Chapel of Tilework.” It depicts scenes from the Restoration War, the battle for Portuguese independence against the Spanish. But it’s the palace’s beautiful grotto-like garden that steals the show. Influenced by Italy, the garden sparkles with blue hued tile work. It’s considered some of Portugal’s finest. On the terrace, you’ll find Greek gods flanking azulejo panels depicting the liberal arts.

Because it takes some effort to get there, Fronteira Palace is one of Lisbon’s best kept secrets. The off center location also saved it from major damage during the great earthquake of 1755. So it’s one of Lisbon’s oldest and most historic destinations.

LX Factory is a small hipster and artist biotope, a bit outside the center of Lisbon. Textiles and yarns were produced in the vast factory grounds in Lisbon’s Alcântara district from 1846 until industrial decline eventually forced it out of business in 2004.

Nowadays, the former industrial site is home to more than 150 restaurants, designer shops, and creative types. Walking around the grounds feels a bit like walking through Berlin. You can eat delicious food, buy clothes and all kinds of designer stuff, or just take some great photos. And every Sunday between 9:30 am and 4 pm, there’s a big organic food market on the grounds.

Livraria Ler Devagar, which means “slow reading”, is considered one of most beautiful bookstores in the world. It’s in Lisbon’s hipster LX Factory, located under the 25th of April Bridge. If you’re not a hipster, it’s also a great spot for people who just like to read.

There are books crammed floor to ceiling in the three story bookstore, with a few bars tucked in for good measure. Check out the antique printing press doubling as a column and a bicycle flying from the ceiling. You can have a coffee and cozy up with a good book. Or chat with people at one of the bookstore’s many tables.

Lisbon is now a city renowned for its street art. One of its most famous sons is Bordalo II, who plays in the trash. Bordalo II is known for creating works of art from “waste” as a statement on the impact of consumerism.

He subscribes to the view that “one man’s trash is another man’s treasure.” On his website, he says his goal is to “create, recreate, assemble and develop ideas with end-of-life material and try to relate it to sustainability, ecological and social awareness.” There are several stunning Bordalo II pieces in Lisbon, but he works all over the world.

At first blush, you might think a tile museum sounds exceedingly dull. But Lisbon’s National Tile Museum, the Museo Nacional do Azulejo, is a revelation.

It boasts a dramatic setting, housed in an ancient 16th century convent, the Madre de Deus, built in the Manueline style. The convent church is a glittery Baroque showstopper with a Rococo altarpiece. The convent cloister is less showy but more serenely beautiful. Blue and white azulejo tiles panels are everywhere.

Inside the museum, every inch is covered with azulejos. The exhibits are arranged chronologically from the Moorish-influenced tiles of the 16th century to abstract designs of the 20th century. The museum is still relatively secret because it’s outside central Lisbon. Most tourists are too busy in Alfama, Belem, or Sintra. This museum is often left off the must see list, and, trust me, it shouldn’t be.

One of Lisbon’s most impressive and remarkable landmarks is the neoclassical church, the Basílica da Estrela. Set proudly on a hill, the striking white basilica anchors the Estrela neighborhood of Lisbon. Since it’s a bit off the main city center, it’s not swarming with tourists.

The stately white building seduces at first sight. Its rooftop offers staggering views of Lisbon. From the terrace, you can see the 25 of April Bridge, which is a Golden Gate lookalike. If you find the basilica stunning from the outside, wait until you step inside. While the outside is made of pristine white marble, the interior is awash with pink, gray, yellow, black marble. When light pierces the dome, there’s a captivating kaleidoscope effect which is stunning.

Founded in 1852, and right next to the Basilica da Estrela, is the Jardim da Estrela. It’s one of Lisbon’s nicest garden retreats. It has small lakes, exotic trees, and a wrought iron bandstand that sometimes hosts concerts.

It used to be inhabited by the Lion of Estrela, a beast donated by the African explorer Paiva Raposo. Nowadays, there are just ducks and some pigeons in the bucolic setting. 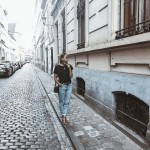