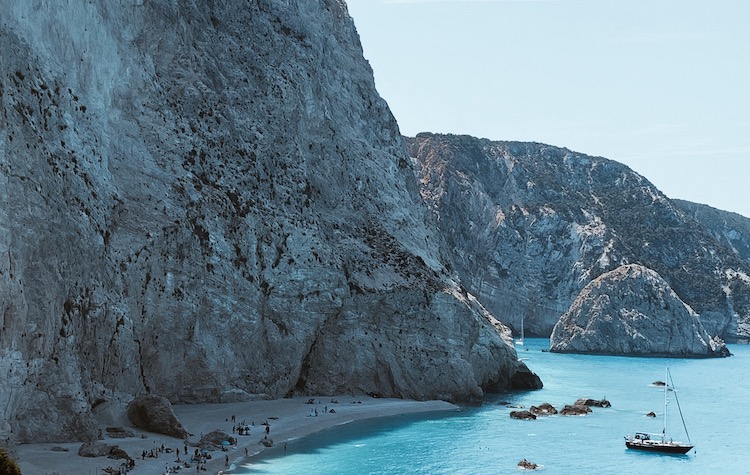 Lefkada is a breathtaking island located in the heart of the Ionian Sea, connected with the mainland of Greece by a small bridge. The island is famous because of its mountains, green landscapes and most beautiful beaches in Europe, also known as the Carribean of Greece. This makes it the perfect destination for a short trip.

Discover the island via 3 routes: the east, west side and the green heart

Lefkada is not that big which makes it quite easy to discover a good portion of the island within three routes.

With this route, you’ll explore a large part of the island’s eastern side. Start your route in Lefkada town. Lefkada town is the capital of Lefkada island. Wander around the harbor, the narrow and cozy streets around the city center and have a drink and some food at the traditional taverns to taste local delicacies. If you more into the culture, pay a visit to the Venetian Castle, one of the museums or one of the 18th-century churches.

Set off towards Nydri and drive along the eastern coastline of Lefkada. Nydri is mostly famous because of the Nydri waterfalls. Don’t visit the waterfalls in summer, because the waterfalls can be dried up. Stroll around the old city center with much small white painted houses and explore the little port full with sailboats, small fishing boats and of course luxury yachts. Outside the town, you’ll find an aqueduct and tombs.

From Nydri, you’ll drive downwards all the way to Vassiliki while passing the villages of Karyotes, Lygia, Nikiana, Perigiali, Poros and Syvota. When in Poros, visit Mikros Gialos beach. This route along the east side brings you along some of Lefkadas loveliest landscapes and coastlines. Vassiliki is one of the best places for windsurfing. Sit down at one of the restaurants at the harbor or enjoy a holiday at the beach.

The western part of Lefkada is full of rocky and breathtaking seascapes and famous because of its most beautiful beaches in Europe. From Lefkada town, you’ll drive downwards to Agios Nikitas a small fishers town with only 30 residents. Most of them are fishermen, so expect some of the small fishing boats near the coast and meals with fresh fish.

The west coast of Lefkada is famous because of its beautiful beaches. Most of the tourists go to Egremni beach, Porto Katsiki or Mylos beach. In my opinion, all these beaches have been ruined by tourists. The view is beautiful and the water is azure blue, but the beaches are too crowded. Just as attractive and preferred by locals are the beaches Kastro, Gyra, Pefkoulia, Agiofili and Ai Giannis. Lay down your towel, bring your own food and drinks, enjoy the same azure blue sea and the peace around you. If you prefer to be at a beach club you can visit Kathisma where there are several. Or go to Deck, a less well-known beach club.

Lefkada is the greenest and most mountainous island of Greece. This route takes you through the green heart and the many nice mountain villages. The first stop is the village Sfakiotes and Melissa ravine. Travel further along Karya to Englouvi, where you only have a restaurant with fantastic views. Continue your journey to Vafkeri, Alexandros, Kolyvata and Skaros hill. Neochori and Vafkeri are also worth a visit. They give you a completely different and more authentic picture of Lefkada than the coastal towns.

These places are not officially part of Lefkada but should not be missing from the list. In Nikopolis (which means victory) you will find antiquities from Roman times, such as the Roman aqueduct, city walls and the roman odeum. Emperor August had this city built after a victory over his rival Antonius. Near to Nikopolis, you’ll find Lithos beach bar which is mostly not known by tourists and preferred by locals.

Most tourists only know the name of the city of Preveza from the airport. A shame, because Preveza is a cozy, small-town that still has an authentic atmosphere. You will find narrow streets, with authentic buildings and nice restaurants and shops. Accessories by Marvil is a nice little shop. She recreates all familiar smells herself. Almost the same smell but a lot cheaper.

Where to eat in Lefkada

Greek cuisine is very tasteful and affordable. Enjoy delicious authentic dishes and a homemade glass of wine. Some of my favorite restaurants:

Thymari – Lefkada town. Slightly more expensive than most restaurants in Lefkada, but this is more than worth your money. The restaurant is hidden in the picturesque narrow streets of the old center, has a beautiful terrace and nice staff.

Kato Vrisi – Lefkada town. This restaurant is located in the busy street of Lefkada town. It doesn’t look cultural, but I have eaten here several times. The food is tasteful and the staff is very friendly and helpful.

Z concept store – Lefkada town. It’s the only concept store in Lefkada area bringing together a variety of home furniture and food.

Taverna t’Agnantio – Agios Nikitas. A restaurant with a fantastic view of the sea among the bunches of grapes.

Vageleras Taverna – Vassiliki. Dine at the port of Vassiliki. Finish the afternoon or evening with a cocktail at 155 cocktails.

Drymonaki – Sfakiotes. A restaurant with a beautiful view of the mountains, where you have the perfect view of the sunset.

Do you have some time left? Visit the neighboring islands of Kefalonia, Paleros or Meganissi. Enjoy! 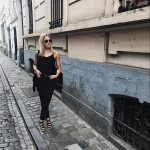 Hi! My name is Manon, an Amsterdam based travel junkie who wants to explore at least three new destinations each year. Follow my personal Instagram: @manonheitkamp